AS THE CHRISTMAS EVE APPROACHES, IT IS SOMEHOW INAPPROPRIATE TO TALK ABOUT POLITICS, ESPECIALLY BULGARIAN, WRITES GEORGI PAPAKOCHEV. THAT IS WHY TODAY HE HELPS US RECALL THE HISTORY OF A CZECH FAMILY, DEDECATED ITS LIFE AND KNOWLEDGE TO BULGARIA.

The year is 1894 and in the palace of the knyaz in Sofia a one of a kind surprise awaits – at the traditional Christmas ball in the quickly renovated for the needs of the new Bulgarian monarch Turkish konak the first electric lamps in the Bulgarian capital are lit up. The cables for them are drawn from the brewery of the Proshek brothers, or as it is correct in Czech – Proshkovi, where with its 45 horse powers the steam machine of the factory moves the newly delivered from Germany electric dynamo. Until then only candles and gas lamps had lighted the palace. The Proshek brothers have a huge impact on Varna as well.

The older citizens of Sofia connect the brothers Irzhi and Bogdan Proshek only with the recently existent on 22 “San Stefano” str. breweries. Today there is a huge concrete hole, from which the next building monster shall soon arise, called by the investors either “office building” or “mall”. In reality, the history of this iconic brewery dates back to 1884, when it starts brewing Czech beer. In his memories, the grandson to Irzhi Proshek by his mother’s side, eng. Jan Kadela explains how in the Knyazhevo district, where many Italian workers found work at the then under construction railway through Vladaya, an entrepreneurial countryman of theirs used a cauldron for domestic brewing of beer – perishable, but still thirst quenching during the hot summer nights. The Italian died unexpectedly and the two Czech brothers, educated engineers, immediately bought the device and started experimenting with their homeland’s beer among the accustomed to wine and rakiya Bulgarians. In a matter of just a few years the Czech Proshek’s beer receives distinction at exhibitions in Brussels and Prague, and the brewery is soon transferred from Knyazhevo to its recent former place.

The past that we don’t know about

The deeds of the two Czech engineers in the Bulgarian history are far from ending with the beer. A few people know about the connections between the young engineer of the company of the Hirsch railway Irzhi Proshek and Vassil Levski and other Bulgarian revolutionists, about the action he led for the deconstruction of a part of the railway near Odrin (also created by him), with which the movement of the Ottoman soldiers towards the Shipka battle was substantially slowed, about the printing house on “Moskovska” str., which was founded by the Proshek brothers right after the Liberation and which is transformed from “People’s printing house” into “Royal printing house”, and was conferred the right to use the symbol of the tsar.

But if there is something incredibly prominent, which was given to Bulgaria by the brothers Irzhi and Bogdan Proshek, it is the contemporary port in Varna. Technical manager of the construction works until 1901, when the general works on the port are done, is eng. Irzhi Proshek. Although according to the assessment given by European experts the port of Varna is one of the finest Black sea facilities during the beginning of the last century, as a result by the fraud of ministers, administration and shareholders, the official opening is delayed, and the Proshek brothers are forced to redirect all income from the Sofia brewery to finalize the Varna project. And when it is officially opened in May 1906, its creators do not attend the ceremony, because they have died the previous year.

Why is that the favorite song of the Bulgarians remains to be “How are we going to catch up… with the Europeans”?

During the air strike against Sofia in 1944 the printing house and a large part of the brewery on “San Stefano” str. are destroyed, and after the communists come into power, from the main barrage of the port the memorial plaque with the names of the five partners of the port company, among which are the Proshek, is removed. The two Czech brothers are buried one next to another in the Sofia central cemetery.

Why exactly the Christmas Eve is a good time to remember the story of two honorable Europeans, who started living in newly-liberated Bulgaria as Austro-Hungarian Empire’s citizens, but dedicated their lives and knowledge to this small Balkan country? Maybe because it is such stories that hides the answer to the question why modern Bulgaria continues to be the poorest European country, to which the Old continent inevitably turns with suspicion and distrust. And why the favorite song of the Bulgarians remains to be “How are we going to catch up… with the Europeans”? 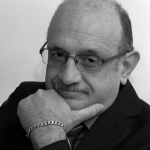