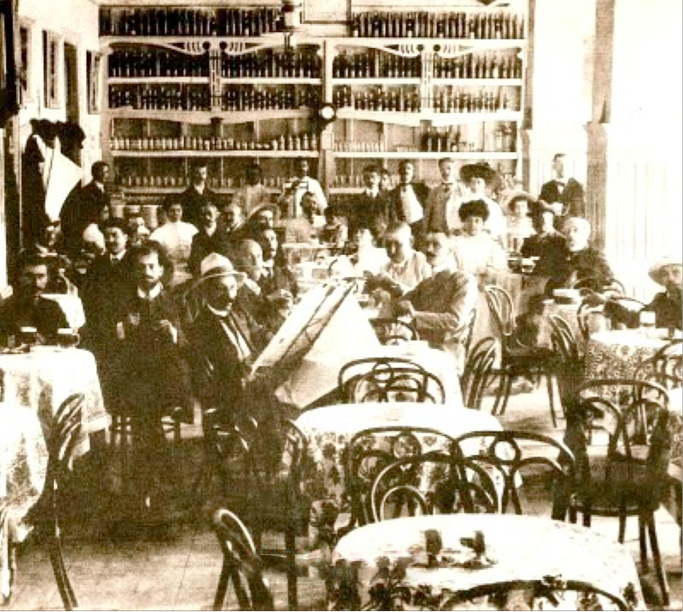 The traditional stroll route in old Sofia went along Tsar Osvoboditel blvd.  to the Eagles Bridge. By rule, the end point of the strolls was the Dalbok Zimnik pub South from the Prošek Brothers brewery, on the corner of Tsarya (Tsar Osvoboditel blvd.) and San Stefano Street.  The brothers Bogdan and Georgi Prošek employed the Czech master brewer Martinek. They used to transport in barrels the ale brewed in Knyazhevo into the already finished Dalbok Zimnik cellar for its fermentation. That method of transportation was inconvenient, so the Prošeks started in 1881 the construction of a brewery close to the cellar. The brewery was launched in 1884, and in 1885 it became the royal court supplier of beer and they had their own pub right next to the brewery – that was the prototype of the legendary Dalbok Zimnik. 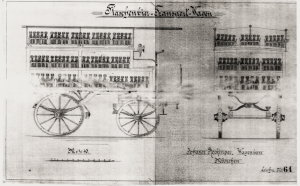 Once several other breweries were built, that type of venues enjoyed a real boom of their popularity   The most visited pubs were those advertised as “family-run” which emphasised their decency. In those pubs they used to pump out beer (local and imported) from barrels. In the beginning they  served only draught beer – in mugs and regal glasses. Going to the pub was a male privilege. There were three classes of pubs. Any first-class pub was allowed to serve customers until 1 o’clock after midnight in the winter seasons, and until 2 o’clock in the summer, while the second-class pubs  were open until 12 p.m. and 1 a.m.  and the third-class ones – until 11 and 12 p.m.
The Sofia inhabitants would take their regular walks reaching the Eagles Bridge which was also a deed of the Prošek brothers. The architect was Václav Prošek, his assistant was Josef Prošek – both cousins of engineer Jiří (Georgi) Prošek. A beer duct was fitted from the Prošek brewery to Dalbok Zimnik to ensure serving of “live” ale, and not lager beer. That gave birth to the myth that there used to be there an outside tap from which beer ran and everyone was welcome to take away from the tap beer. That pub used to offer for its time 400 seats around 50 snow-white cloths-covered tables. 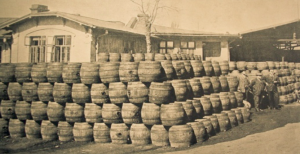 One of the most popular persons in the capital was the main distributor of Financial Times,  Mr. Dimitar Todorov, also known as “the Teacher”. In his white shirt and a flower in his boutonnière, with twisty moustache, he walked with medals-decorated breasts, holding a walking stick in one hand and a stack of newspapers (he was selling only foreign periodicals) and so he toured the cafés Panah, Bulgaria, Tsar Osvoboditel, then he would call in the Grozd restaurant (which still exists nowadays), he would walk into Dalbok Zimnik pub and raise his walking stick above his head and recite:  “Buy yourself the foreign press and have no worries!”